This Friday 8th July I’ll be warming up the ‘First Lady of House’, Lottie... ooer!  It’s my first performance for

Slide at the Zodiac; a well established Underground House night in Oxford, by some 11 years now, which has seen spin the likes of Yousef, Jon Carter, Sancho Panza, Paul Woolford in recent months... the list goes on.  The night is in association with Simple, and one of its residents, Sean Holbrook, is gutted he can’t make it but is more than happy to hand the reins over to me :-)  A quick nod from Slide promoter and DJ, Matt Braddock, and I’ve landed myself a set.  It’s the second time around for me on the same bill as Lottie; regulars will recall the first time was at Circus in Liverpool after becoming a winner in Yousef’s first DJ competition.  Also spinning on Friday will be Em Williams, the er... First Lady of House in Oxford, at least.  See you down the front! 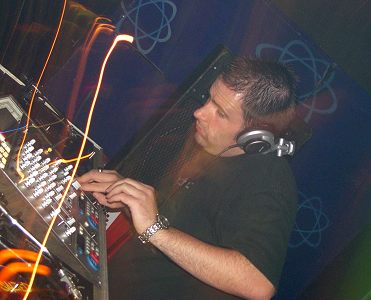 The night was a great success, but then we didn’t expect anything less.  Matt Wilkins from the BBC Oxford website wrote a favourable review of us and the night.  Matt Braddock said it was the best he’d heard Lottie play at Slide; her forth appearance there I think.  Listen to my set recorded live at the event!

listen to the mix
read the bbc.co.uk review
event listing & photos at Simple