This week, September 4th-10th, the RNID is promoting its

Don’t Lose the Music campaign.  It’s about increasing awareness of the damage which can be caused to our hearing from regular exposure to loud music at gigs, clubs and even on personal music players.

I’m a keen supporter of the charity’s campaign, indeed you may have noticed the link at the bottom of each page.  However, during this week I’d like to bring it into focus and explain what it means to me and about my experiences.

Don’t get me wrong, we all like it loud, so damn loud the bass is pounding in your chest; the all-enveloping acid lines, but this can come at a cost.  I’ve been loving it loud for the past decade or so but on some of the longer nights I started to notice that, as the night drew on and the system got turned up, the music started to become less distinguishable; highs would screech in my ears and keys would sound out of place (more so than pitch-shifted on a turntable) but I didn’t want to be the one to stick my hand up and say “does anyone think it’s too loud?”  The more I DJ’d, the more clubs I went to, the more noticeable the ringing in my ears became the morning after... sometimes stretching for days after.  The ringing subsides of course, and it’s such a relief when it does.  So you get used to it; ringing ears is just a part of the party, right?  Yes, but more disturbingly, ringing ears is a part of gradual and permanent hearing loss.

If you’re like me and you spend a lot of time in clubs and pretty much the whole night on the floor, you’ll be wanting some plugs.  My first experience of ear plugs wasn’t a good one; some friends and I took the advice of an attendant at a Prodigy concert in Brixton and we bought some disposable foam plugs.  The only other types I knew about were custom made plugs which the top jocks were shelling out hundreds for.  Down the front though I could barely hear anything so I thought sod that and promptly suffered a week of ear come-down hell. 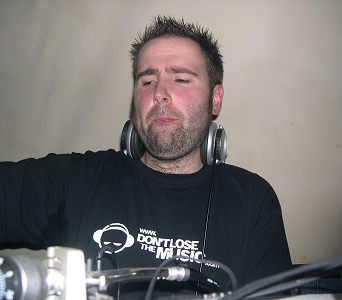 Now, I can’t remember how I found www.dontlosethemusic.com (website no longer maintained, see www.actiononhearingloss.org.uk, but it was about a year ago.  I discovered, to my surprise, that inexpensive re-usable ear plugs exist which actually attenuate the sound waves coming into your ears - basically lessening the volume in your lug ’oles without losing any clarity.  So I bought myself a pair, I mean, for 15 quid it was worth a go.  I was apprehensive about using them at first; what would people think?!  They took a fair bit of getting used to; a bit like twiddling the left and right dials of a mixer input.  Now though I won’t hesitate to use them and the sound quality is just right the whole night; especially for the two-odd hours when my ears are next to a pair of monitors which are competing with the main system!  It’s also very surprising how discreet they are because I’ve had to point them out to people.  They come with a handy key-ring pouch, ‘applicator’ and second set of attenuators.  When it comes to the end of the night I pull them out - no ringing; bliss.

Music, for me, is the most important thing in my life next to family - I don’t know what I would do without it - but I now know what I can do to keep it forever and enjoy it just as much.

The Don't Lose the Music campaign is now the LOUD MUSIC campaign and RNID changed its name to Action On Hearing Loss.