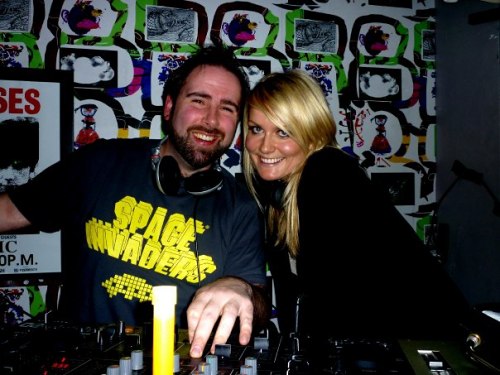 Andy LeFord and Dave Johnys, two gents from Witney and ubiquitous around Oxford's clubland (gosh, did I just write clubland?), conceived a night where a party would be had on a night that happened to be New Year's Eve.  Since they don't care much for the wallet-draining exercise that is NYE, they decided to put an expletive verb in front of it.  We like that.  Em Williams and I were invited down to play back-to-back over the midnight slot.  It was a lot of fun and we played plenty of party House tracks, and, wouldn't you know, it's been recorded!  It's hosted a click or two away on Simple's website via my live mixes page; get downloading.

This night was perfect for me, since New Year's Eve has become something of an anti-climax in my old age.  Not that I'm old old.  Maybe it's because I'm no longer superstitious; the turning of one year into another under an arbitrary calendar calculated from the birth of some dude whom I do not worship, etc.  I'm sure he was a nice enough chap, anywho.  Don't worry, I'll not get too deep here.  That's Em and me in the pic, by the way.