Out to Graze festival 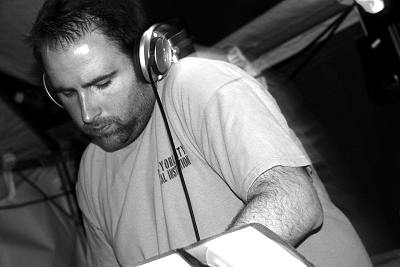 Out to Graze is a new name for a festival that is in its second year with the same promoters, Simple & Slide, and the same venue, Rookery Farm in Shabbington.  It was a marvellous two-day affair with around 40 live bands and DJs spread across two tents and an outdoor stage.  The weather was good, the people were great and the music was awesome which can only mean good things for next year I hope!

So there's two mixes for your listening pleasure.  Friday night I leapt at the chance to play an early evening set with some sunset deep and jackin' house selections - I'm quite pleased I got to play these tunes out.  Saturday night I was playing a very nice peak time slot at midnight where the crowd was well into the swing of things - it's starts off a bit techno as that's what I was following on from and builds to the usual fidgety heaviness ;)

These mixes were recorded live on 13th/14th June 2008 in a field in Shabbington near Thame for Simple & Slide.