A DJ set recorded live with crowd ambience in Oxford 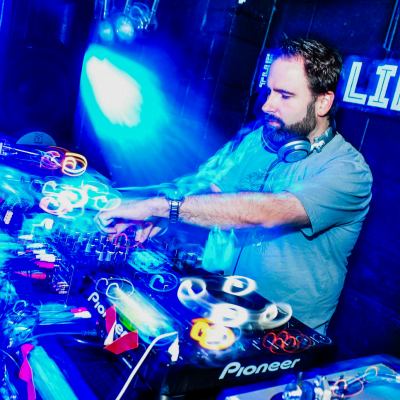 Well, dear listener, it's been some months since I last published a mix. I've been recording, but due to time, recorder errors or self-criticism one has not found its way to your ears until now. I recorded this last weekend on Saturday 30 January where I warmed up for Dense & Pika alongside Xavier ∆ and Tim Gore.

Allow me set the scene. It's a chilly January evening, a month that had already taken a musical icon, an iconic actor, and we would wake to learn also a much-loved DJ. The world is in a troubled state, huge numbers of people are fleeing war, great nations argue about building walls and there's grand-standing about which groups of people to accept.

Are we escaping, are we taking stock? Subconsciously reflecting on what's passing us by as we move to a techno groove. I don't know, but I remain hopeful. We must. And take action when opportunities arise and energy permits.

Sorry, where was I? Ah yes, Simple. A beloved clubnight that is rock-solid stable at the moment, with nights that are selling out if not before then soon after we open the door. Tim took to the stage first on the turntables and I was sandwiched midnight to 1am with Xav following on after me, and then D&P serving up the final two hours in fine style. Not to mention the ensuing after party at which they very sportingly attended.

The crowd was lively and playful. As I stepped up to the decks and started to mix in my first digital track, Tim's final record found itself locked in a skip-loop so I decided to just hit the break for effect. The crowd always cheers to fill the silence when there's a gap in the music, whether it's a mistake or intentional on the part of the DJ or producer. So I'm playful back ;) I'll be honest: I don't miss playing vinyl records! Anyway, I was pretty happy with the hour that followed, dancing away throughout my set. Enjoy.